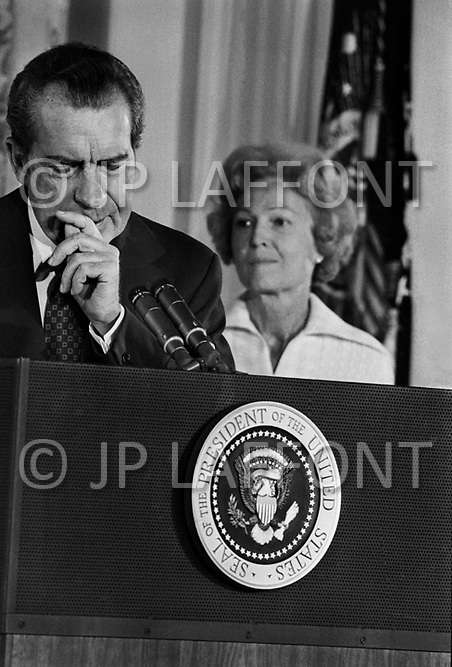 Washington, DC. August 9th,1974.
President Richard Nixon (with his wife Pat on the right) resigned the presidency on August 9, 1974 saying farewell to his Cabinet and White House staff. A break in at the Democratic National Committee headquarters at the Watergate complex on June 17, 1972 results in one of the biggest political scandals the US government has ever seen.